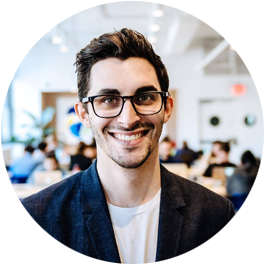 What You'll Gain From this Webinar

MakerOS is the ultimate collaboration tool for additive manufacturing services and their clients. Increase your win rate with better and faster quoting.

The MakerOS software is a turnkey solution that is fully white-labeled and customizable so that it’s ready to use right out of the box. The software is a holistic solution designed to facilitate collaboration throughout the entire lifecycle of a project, as opposed to just an autoquoter that gets projects started but doesn’t see it to the end. We believe that additive manufacturing business owners are not in the business of quoting, they’re in the business of completing projects for their clients and getting stuff done.

We’re founded by a team who previously ran several additive manufacturing service bureaus. We know the problems additive companies face when starting new projects with clients. Our ultimate goal is to make it easier for service bureaus to scale their business and for clients to get their product more easily. Contact us to request a demo and learn more.

Mike Moceri has deep experience in manufacturing, design, and software. He's personally quoted thousands of projects, produced hundreds of thousands of individual parts, and continually works with professional services around the world that offer Additive Manufacturing.